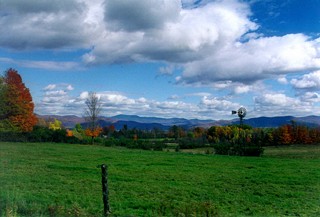 There are three possible associations to account for Benning Wentworth’s choice of the name:

Firstly, some of the grantees lived in Litchfield County, Connecticut, where there is a town of Cornwall. Secondly, Cornwall in England was well known for flourishing agriculture, as well as being a copper and tin mining area. Last, but certainly not least, George III’s father, Frederick Louis, had been Prince of Wales, Earl of Chester and Duke of Cornwall. His premature death in 1751 opened the way for George III to succeed his grandfather, King George II in 1760. While Prince Frederick was hardly missed by most (his own mother had called him “the greatest beast in the whole world”), George III was a sentimental sort who might appreciate Wentworth’s gesture.

Goings-on in and near Cornwall
Calendar of Events provided by the Vermont Department of Tourism & Marketing.

Covered Bridge (With Google Maps and satellite images):
Station
Click Here for a map of all bridges in Addison County.