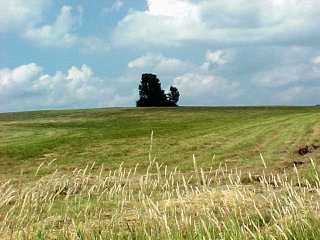 Brownington originally was granted in 1782. As with many of the other towns in northern Vermont, the grantees of Brownington got caught in a dispute between the Legislature and the Governor and Council over which branch of government had the right to grant land within the state.

The two chief grantees of Brownington were Daniel and Timothy Brown, six other male Browns and one woman, Sarah Brown. Most of the grantees lived in the older, established towns in the southwestern part of Vermont, and it is very doubtful that any of them ever intended to relocate to the new town. There is some indication in the legislative records that the Browns at one time tried to sell all or part of the town to a group of Connecticut men, among whom were a son of the Reverend Jonathan Edwards, and the Honorable William Samuel Johnson, after whom the town of Johnson was named.

Eventually the wrangling in the legislature was resolved by establishing a commission to hear the individual cases, and on one day alone in 1788 no fewer than seventeen towns were certified as being eligible for charters. In the case of Brownington the charter was further delayed until the granting fees of £392,1d were paid by Timothy Brown. In 1792 Joseph Fay, then Secretary of the Governor and Council, noted the payment of the fees on the back of the charter and also certified that several grantees’ names had been inserted because they had been omitted from the original document.

Goings-on in and near Brownington
Calendar of Events provided by the Vermont Department of Tourism & Marketing.