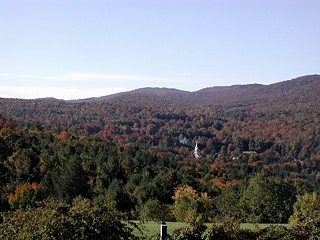 Spelled Bernard in the charter, but changed to its present spelling sometime before 1810. The misspelling is commonly chalked up to poor orthography, but that is simply not the case. Sir Francis Bernard, governor of the New Jersey Colony and later of Massachusetts Bay colony was the second-listed grantee of the town named for him (as well as five other towns in “The Grants“). Although Bernard seemed to understand the colonial view better than most royal officials, he rigidly enforced British policies, such that his nine-year tenure in Massachusetts is thought to have hastened the outbreak of war.

That reputation could have influenced the change in spelling, but there is no documented explanation.

Goings-on in and near Barnard
Calendar of Events provided by the Vermont Department of Tourism & Marketing.