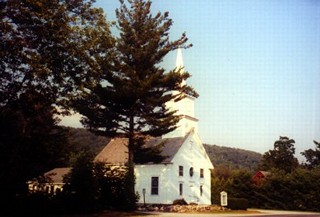 The town was nearly twice its present size when it was granted. However, a ridge of highlands (including the aptly named Terrible Mountain) made it virtually impossible to get from one side of the town to the other, so the western portion was made into the separate town of Weston in 1799.

Ironically, most of the Pease family, for whom the Andover village of Peaseville was named, found themselves in Weston after the split.

Goings-on in and near Andover
Calendar of Events provided by the Vermont Department of Tourism & Marketing.

One electric or phone company indicates that company serves the entire town. More than one of either indicates each serves different areas of town.
A listed cable company MIGHT mean the entire town is covered, but not necessarily. More than one listed indicates each serves different areas of town.
Unless your area is one served by Vermont’s only gas utility, your only option is bottled gas (any dealer).
Electric Green Mountain Power 888-835-4672
Telephone Vermont Telephone Company 800-279-4049′