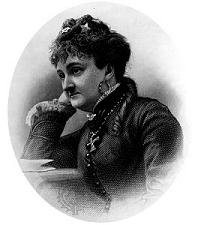 Lawyer and editor, born in Manchester.

After marrying attorney James Bradwell, she studied law, ostensibly in order to assist her husband in his practice. She passed the bar exam in 1869, but was denied admission. Meanwhile, she established the pioneer weekly Chicago Legal News in 1868.

In 1882, she got Illinois to grant everyone access to professions irrespective of gender, and was finally admitted to the bar in 1892. She is considered the first American woman to become an attorney.

She promoted women’s suffrage and women’s rights in general and was instrumental in securing the World’s Fair for Chicago in 1893.